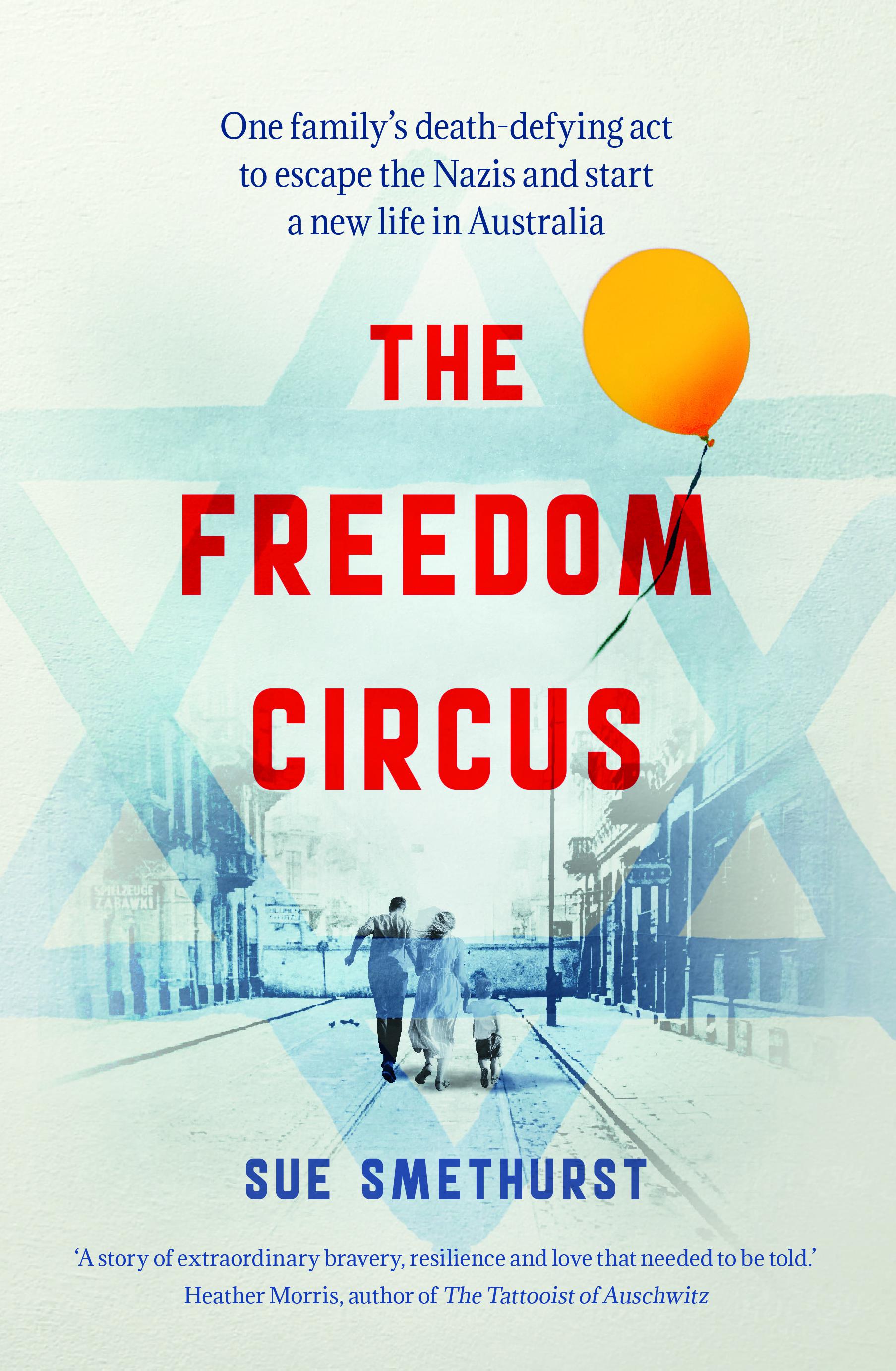 A remarkable true story of one family's daring escape from Poland during the Second World War.

'A story of extraordinary bravery, resilience and love that needed to be told.' Heather Morris, author of The Tattooist of Auschwitz

Written by award-winning author and journalist Sue Smethurst, whose husband is Mindla and Michael’s grandson, The Freedom Circus is an epic story of courage, hope, humanity, survival and, ultimately, love.

When Sue Smethurst first sat down with her grandmother-in-law and asked how she survived the Holocaust, she was shooed away. By that time Mindla was in a Melbourne Jewish nursing home with other survivors, her body ageing but mind still razor sharp.

‘Why do you want to know?’ she’d ask. ‘My story is nothing special.’

As death began approaching Sue became a little more pushy. She knew Mindla’s life had to be recorded and they were running out of time. Each week she’d bring cake from her favourite shop in St Kilda, a bottle of the brightest nail polish she could find, a handful of old pictures and her tape recorder. They’d chat and paint Mindla’s nails, and with each ‘chat’ her story unfolded. It was beyond anything Sue could have imagined.

The tale of how Mindla and her husband Michael Horowitz, a circus performer for the famous Staniewski Brothers, escaped from Poland with their young son and embarked on a terrifying journey through the USSR and Middle East to Africa and ultimately to safety in Australia, is nothing short of extraordinary.